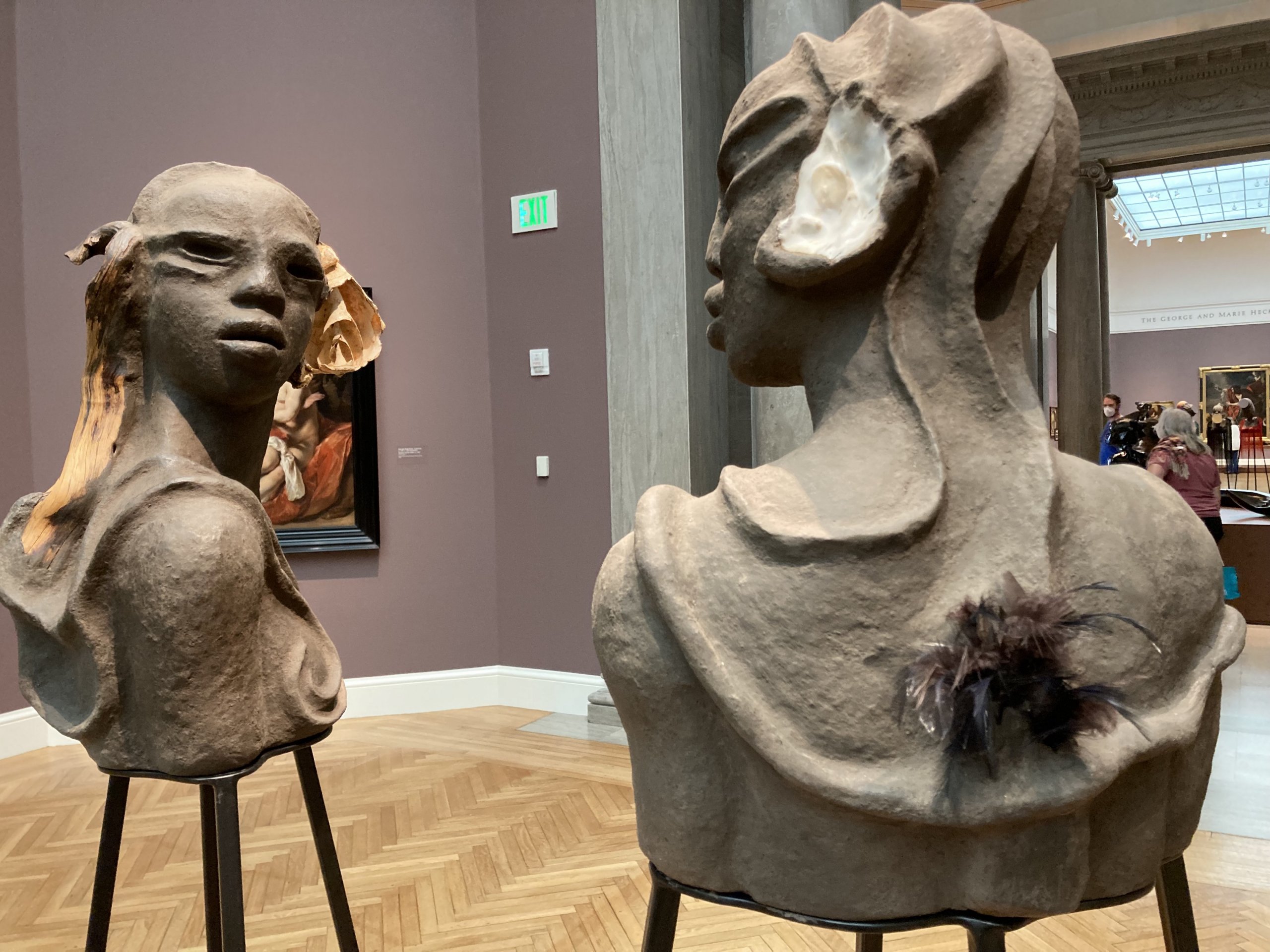 Mutu’s “I am speaking, are you listening?”
Well, are you?

SLOW DOWN!
Reflect on the art & on your customer service!

What did you say? When the San Francisco Legion of Honor Museum reopened during Covid, they had intermingled Wangechi Mutu’s exhibit “I am speaking, are you listening?” with the very traditional art work. It was a phenomenal! And, the title alone seems to be so relevant now with service.

So, let’s dive right in…

MUTU – Kenyan American Wangechi Mutu incorporates all sorts of materials to create feminine creatures that are often part human, part alien. When carefully placed next to more traditional art at the Legion of Honor Museum, the hope is that you listen to the art you will see the contrast between tradition and the new. Just like this exhibit, there is a huge contrast between service in the past and now but not in a good way. Maybe it’s time to fix it.

CUSTOMERS – But, isn’t service defined by what customers demand? If they left and corporate profits suffered, wouldn’t higher standards be put in place? Of course they would. Even with bad service, customers stay but maybe they shouldn’t. Broken and complicated is the norm while costing customers time and money. Like Mutu suggested, look all the way around and listen.

CORPORATIONS – There are hidden costs to corporations too. Employees don’t want these jobs where their customers are undeserved. And team members have to deal with the same poor service in their home lives so they already feel defeated before their day even starts.  Broken technology or missed deadlines from vendors, might be taking up a lot more time than you think. Moving initiatives forward are held back by the need to pivot continuously. Like Mutu’s figures, the materials or tools used to get things moving are now varied and make day in and day out work more complex. Who would want these jobs?

FRINGE ANGER – Team members also have to deal with more customer outrage which might be just a side effect of an overall frustrated service climate, not really anything they can try to fix. Customers are simply already angry. Maybe that’s what Mutu’s brings out in her art too – not a lot of happiness in the faces.

NEW REASON TO FIX IT – Maybe it’s time to fix it, not because customers are demanding it, but because it’s more costly for your team than just customer attrition. If you start to fix all the broken service issues, maybe you and your team will be freed up to spend more time with exciting new initiatives.

DEEP DIVE – FIND A NEW REASON– Take a look at your company, the big and small service and internal standards, all costs, everything, not just customer attrition. As Mutu says in her film features at the museum last year “Walk around step by step from every angle and slowly see the quiet side”.  Maybe it’s time to walk around!